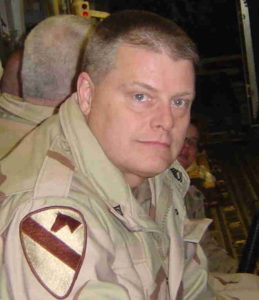 Charles M. (Chuck) Grist enlisted in the Army for the first time in 1968. He was commissioned a year later as a second lieutenant at the age of twenty. He graduated from the Army’s Airborne and Ranger Courses and served in Vietnam as an infantry platoon leader with the First Cavalry Division.

After a long break in service, Grist reenlisted in the Army Reserve as a sergeant. After the terrorist attacks of September 11, 2001, he continued his service as a Warrior-Citizen, volunteering to serve in Iraq in 2004 where he became the leader of the C.O.B.R.A. Team, a Protective Service Detail with a mission to protect a general in Baghdad.

Grist also spent twenty years as a police officer. His assignments included uniform patrol operations, the Ready Response Team (a plainclothes street crimes unit), and as a detective in the criminal investigations and criminal intelligence divisions.

He is a graduate of the University of Central Florida and has been married to Debbie for over forty-six years. They are the parents of four children and the grandparents of five little girls and four little Rangers. Grist retired from the Army Reserve in 2009 and as a master police officer in 2010.

Author Grist with his wife, Debbie, at Fort Bragg, North Carolina before he left for Iraq. 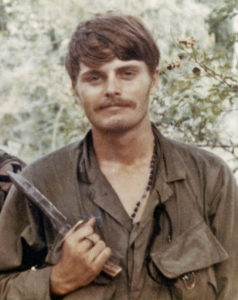 First Lieutenant Chuck Grist in Vietnam, 1970. Unknown to him or his platoon at the time this picture was taken, they were less than three hundred meters from a North Vietnamese bunker complex.

Under his fiction pen name of John Marling March (www.JohnMarlingMarch.com), he has also written “The Perdiccas Scroll,” first place winner in the published mystery category at the 2016 Royal Palm Literary Awards, and “The Emperor’s Cross,” the sequel to “The Perdiccas Scroll.”