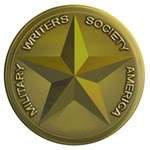 “Charles M. Grist has written the story of a young man who served first as an officer in Vietnam, a career public servant (police officer), and last as a non-commissioned officer in Iraq. His life has been dedicated to serving his country but his words are humble and appreciative. Grist writes about his C.O.B.R.A. team in Iraq, formed and trained to protect a general officer he learned to respect tremendously. His mission was to protect the general and keep his team safe; he did both. He loved his team like extended family. Grist pays homage to the greatest hero in his life as well — his wife. Grist tells a story with the experience and wisdom of an American soldier and servant to the country he loves — and it is his own. His ‘last war’ is contrasted with memories that linger from his first experience with war. I highly recommend this book for the intellectually mature reader.”

“My Last War: A Vietnam Veteran’s Tour in Iraq presents the up-close and personal story of Vietnam and Iraq veteran Charles M. Grist’s experience in Operation Iraqi Freedom in 2004. Based on a journal he kept during that time, in which he carefully recorded the selfless sacrifice of the Army Reserve and National Guard members with which he served, My Last War is a thoughtful and thought-provoking tale of the dangerous path to Baghdad, including the constant threat of mortar and rocket attacks, ambushes, even improvised explosives. A handful of black-and-white photographs illustrate this unforgettable true-life window into the lives and struggles of people who patriotically served their country.”

“Charles M. Grist wrote an impressive account of his tour in Iraq. His detailed journal entries made this accurate and very compelling story possible. Those daily dangers that face our dedicated troops are made very real to the reader. ‘My Last War‘ takes you into the day-to-day happenings, the routine of everyday life in a war zone; a life that is everything but routine.

My Last War begins with a bit of history on Charles M. Grist and the man he was in civilian life, his civilian job, and also makes mention of his duty in Vietnam. From there, Grist leads into how he came to be in Iraq and the adventure begins.

Grist tells of the insurgents among the civilian population and how you can’t tell the good guys from the bad. He puts the horrors of war in your face so you may know the daily threat of roadside bombs, constant mortar attacks and ever present suicide bombers. He doesn’t present a pretty picture because it is not. He tells it like it is because it is the truth!

‘My Last War’ takes you behind the scenes, giving you a real view of the war as seen through the eyes of a combat veteran. It gives you an honest look at the war that is rarely seen by the general public. A view that is not as pretty as we see on CNN or other censored and filtered news networks.

This book is real and raw in some spots. It is a tribute to the brave men and women that lay down their lives for our freedom and for the freedom of others. ‘My Last War‘ by Charles M. Grist was one of the most captivating books I have read in a long time. I could not put it down. It has all the makings of a best seller. I gave it my highest possible A+ rating because it deserved it. I know that anyone who is interested in what is going on in Iraq will thoroughly enjoy it. It is well-written, honest, informative and very entertaining.”

I finished reading your book last night. I enjoyed the book very much. Your having been a grunt in Nam gave it an especially interesting connection for me. I’ll definitely let my Vietnam friends know about the book.

From a lieutenant colonel:

Got it, read it, and am very impressed. All of my family has either already purchased or is going to purchase the book. Also I plan to give it to some friends as a gift. Very good reading. Very well written. You should do a book on the history of Mesopotamia or Persia. Military or otherwise.

From another military officer:

Outstanding job. Once I started, I could not put it down. Hope you are working on a new book.

I am almost finished reading this book. I think it is one of the best examples of what warriors really think and feel. All non warriors should have to read this for information. It would wake a lot of people. I loved this book.

I enjoyed reading your book “My Last War.” It was especially interesting to compare and contrast how the military operated in Vietnam and how it is today…How some things have changed and some things have not.